The Power of Planning 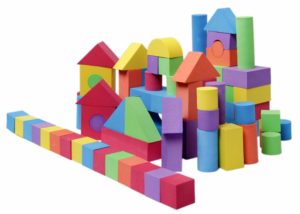 The leadership team
in a manufacturing company
had a problem.

Their global organization had them communicating across cultures, hierarchies and time zones. The result: breakdowns.

To help them grasp the complexity of long-distance communication, I divided them into pairs with matching sets of building blocks. Their job was to sit back-to-back and create two identical structures without seeing each other’s work.

Of the four pairs, three jumped right into building, communicating on the fly. The fourth group took a different approach. They began by cataloging all of the pieces they had available and solidifying a common language.

The exercise was meant to take 45 minutes. 20 minutes in, the quick-starters were well into the replication stage, while the last pair were just beginning to strategize.

30 minutes in, they were just beginning to build. I thought they might not finish at all. With only 5 minutes to go, they had barely completed the first structure. At this point, all the other groups had finished.

Shocker: At the end of 45 minutes, the fourth pair was the only one that had perfectly reproduced the original design.

It took the other groups 40 minutes of building without planning to imperfectly complete the exercise, while the group that planned perfectly duplicated the original structure in just 5 minutes.

The unexpected lesson here wasn’t about communication, but instead about the power of planning.

Sometimes, you need to get your head out of the game in order to play your game better.

Do you have a strategy in place to take your business to the next level in 2017? Is everyone in your organization onboard? Would you spend one-day to get your team clear and aligned behind the right direction to produce new results in the new year? For more info, email me at sharon@thinkbusinessgrowth.com.